Jennifer Stackhouse attended the recent plant trials in Victoria to get the low down on what’s new in plants for the year ahead.

Each spring a group of wholesale nurseries get together in Melbourne to stage a plant trial to show off new and upcoming plants to growers and retails from across Australia. The event is organised by the Nursery and Garden Industry Victoria. On trial are plants earmarked for release in the following year or even the years beyond. 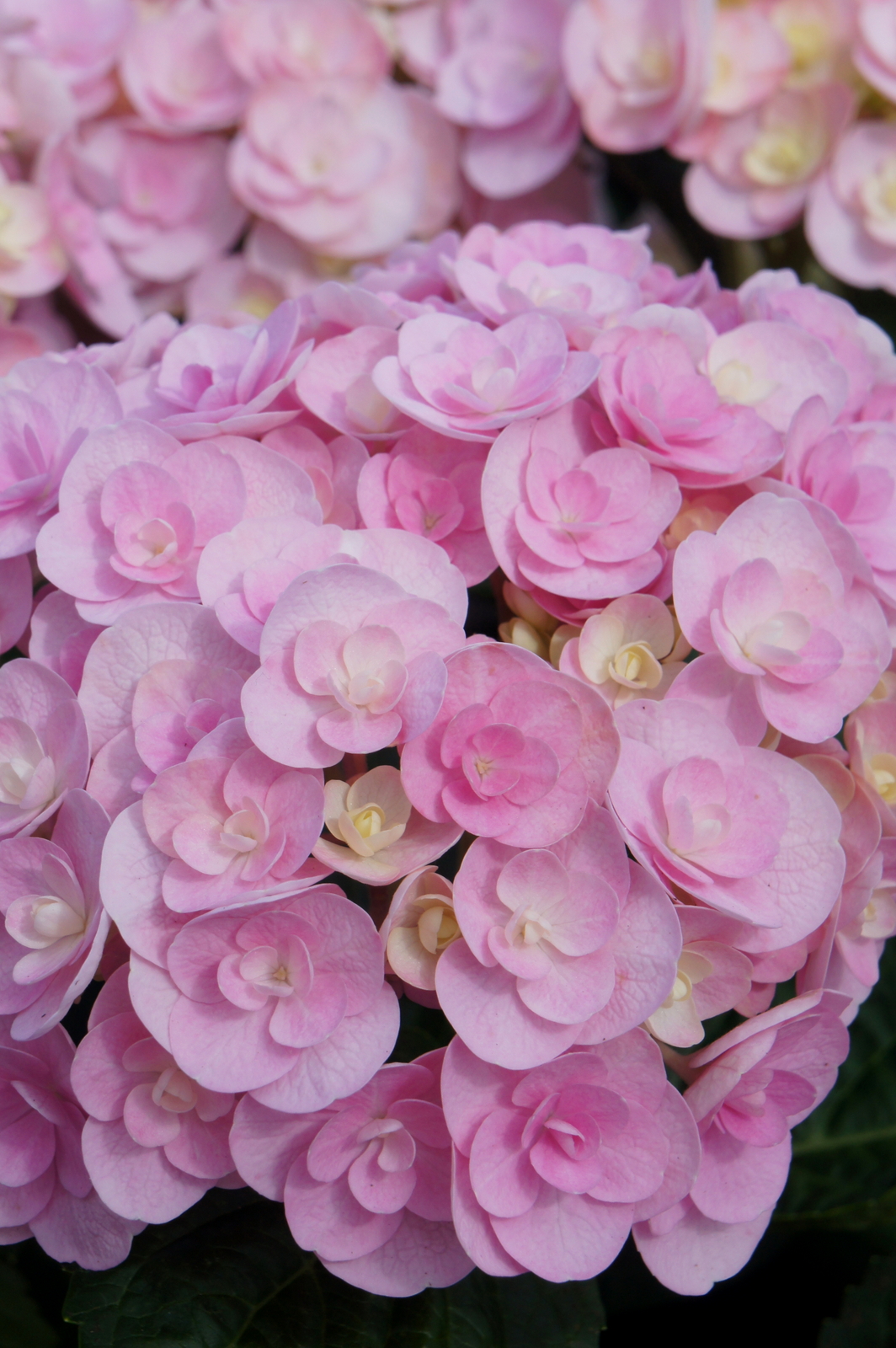 The 216 trials were held in December and revealed lots of new plant varieties along with a host of trends. It is exciting to see totally new varieties from plant breeding around the world. Some introductions are so new they have yet to be named and were on show to gauge reactions to the new plants. 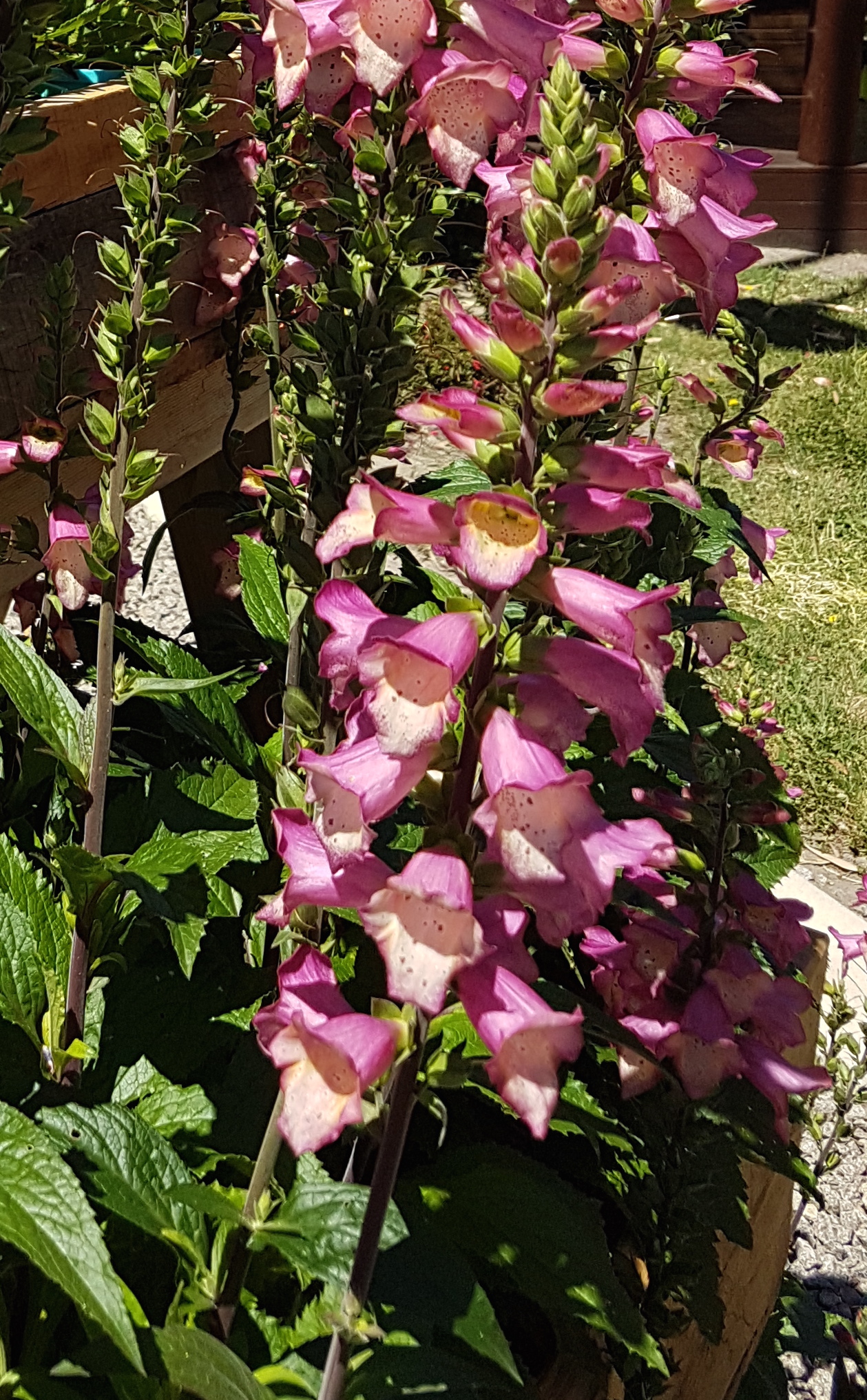 The plants on show were mainly annuals and perennials but there were shrubs and trees as well. In addition to showing plants, the displays also hinted at trends and developments in the world of horticulture and gardening. While there were plenty of new petunias and pansies, which are the mainstays of plant breeding, there was so much more to see.

According to growers it is edibles, succulents and compact plants that are driving the quest for new plant varieties along with the hunt for new and bolder colours in both flowers and foliage. Many of the ‘new’ plants are in fact traditional garden mainstays that have been given a new twist. 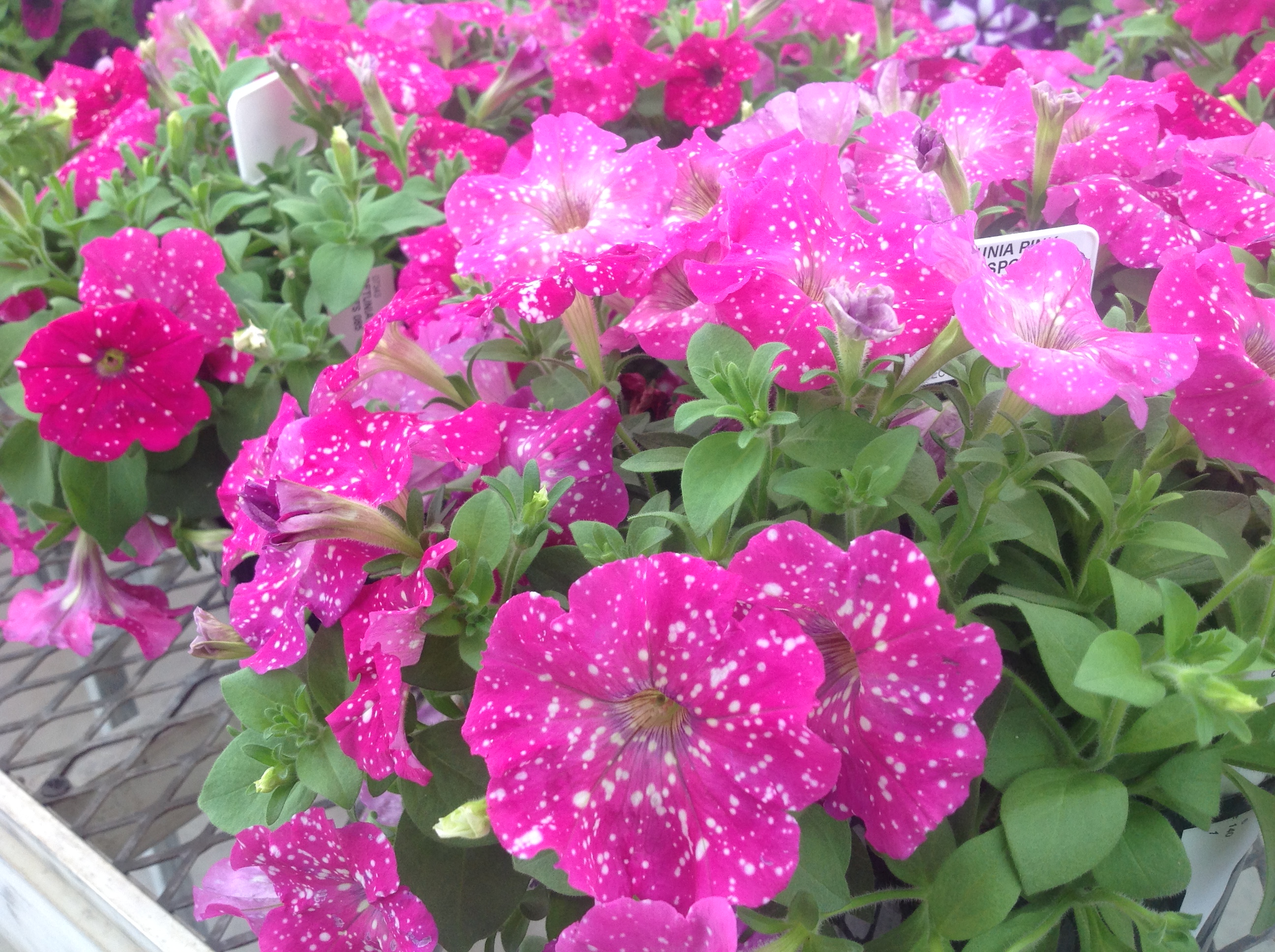 Following on the success of the purple petunia ‘Night Sky’, Ball Australia is releasing other speckled colour forms. 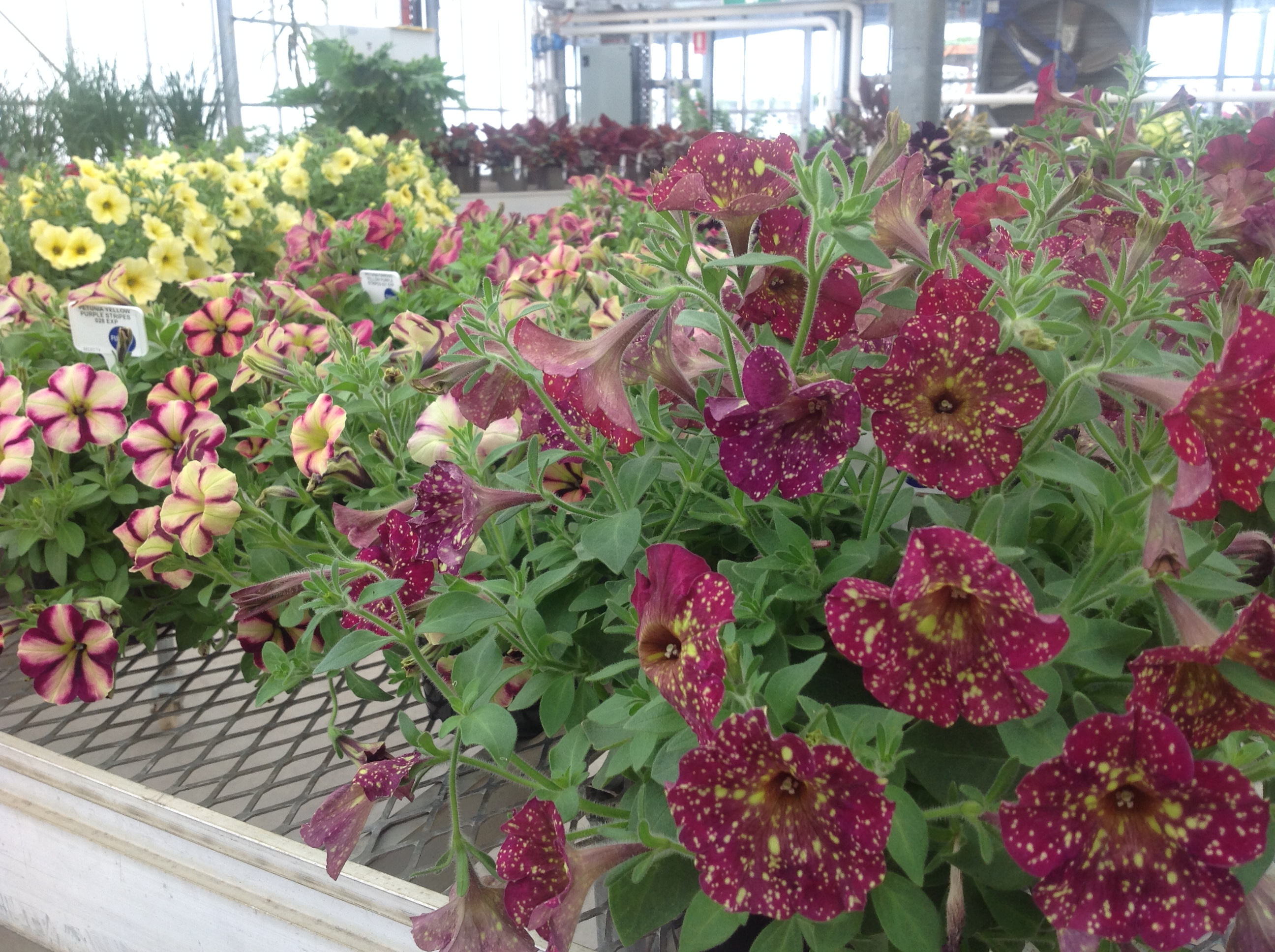 In 2017 expect to see lots of new compact hydrangeas (some with double flowers and others with rich tones of pink and green or blue and white), shrubby crepe myrtles (many with dark burgundy leaves and colourful flowers), vibrant salvias (including a cream and apricot combination took my eye) and even new-look shasta daisies. As well there are many new types of vertical gardens and indoor plant displays.

Growers are also keen to meet the demand for more advanced bedding plants to deliver instant colour. While there’ll still be plenty of traditional seedling punnets, growers will be producing large pots of annuals such as pansies and petunias in full bloom and even instant potted gardens with mixed plantings that are ideal as gifts instead of a bunch of flowers.

Generally new plants come about as a chance find or deliberate crosses made within a species, but plant breeders are always looking at other options. One way to create new plants is to cross two related genera to make a hybrid plant that’s never been seen before. This is what’s happened with foxgloves, which are in the genus Digitalis. The common foxglove (Digitalis purpurea) has been crossed with the Canary Islands foxglove (Isoplexis canariensis), which is an orange foxglove-flowered shrub from the Canary Islands. 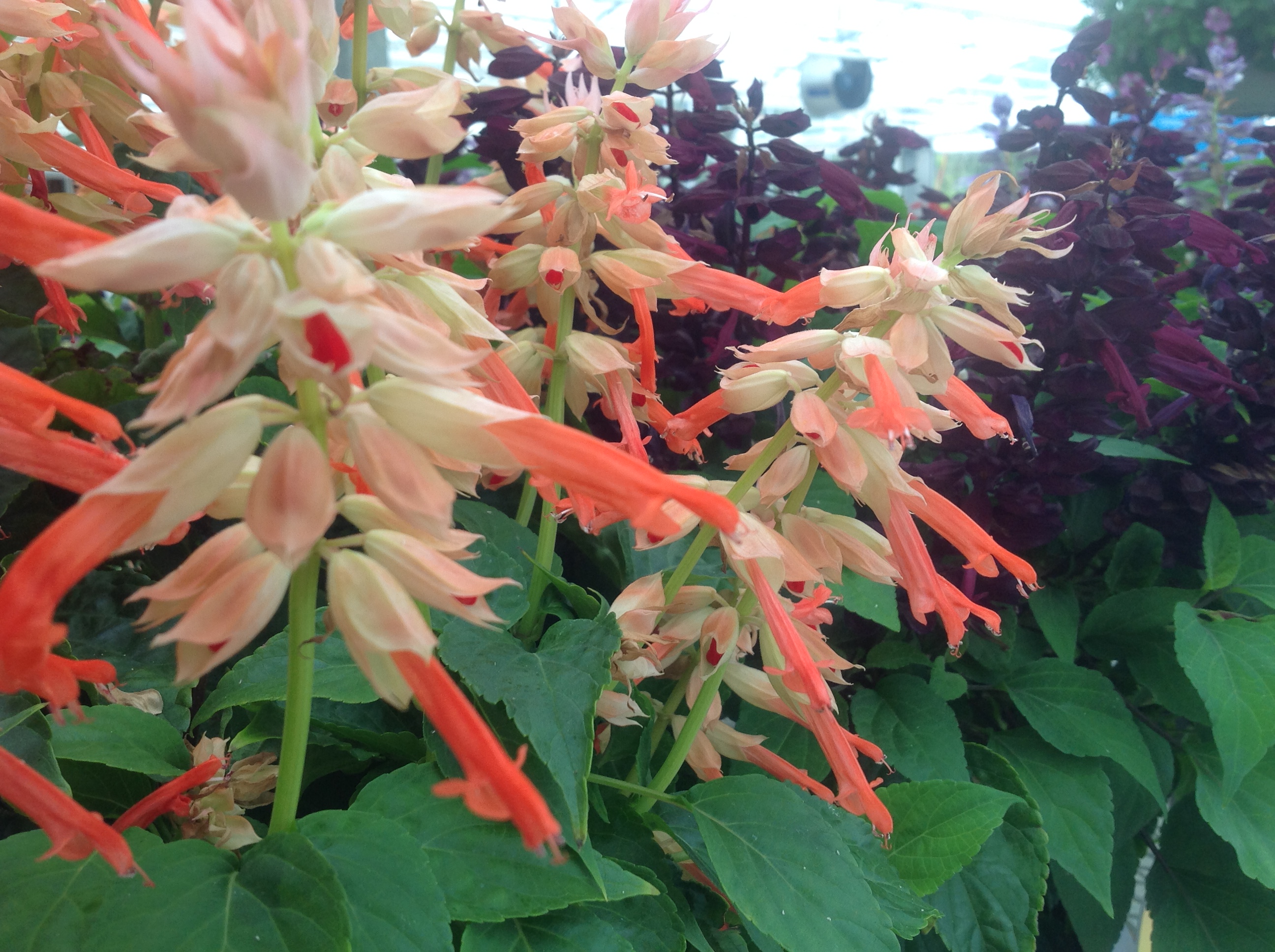 An attractive new salvia in cream and apricot tones.

The new genus – technically an intergeneric hybrid – has been named Digiplexis. It has flared foxglove like flowers that are bright pink on the outside and orange on the inside. The flowers are arranged in tall spires like a foxglove but the plant produces many spires from spring to autumn, months longer than a normal foxglove.

As an intergeneric cross, it forms few seeds and those that form are not viable. This is a plus for gardeners concerned about garden plants including foxgloves, which can become weeds either within or beyond their gardens. 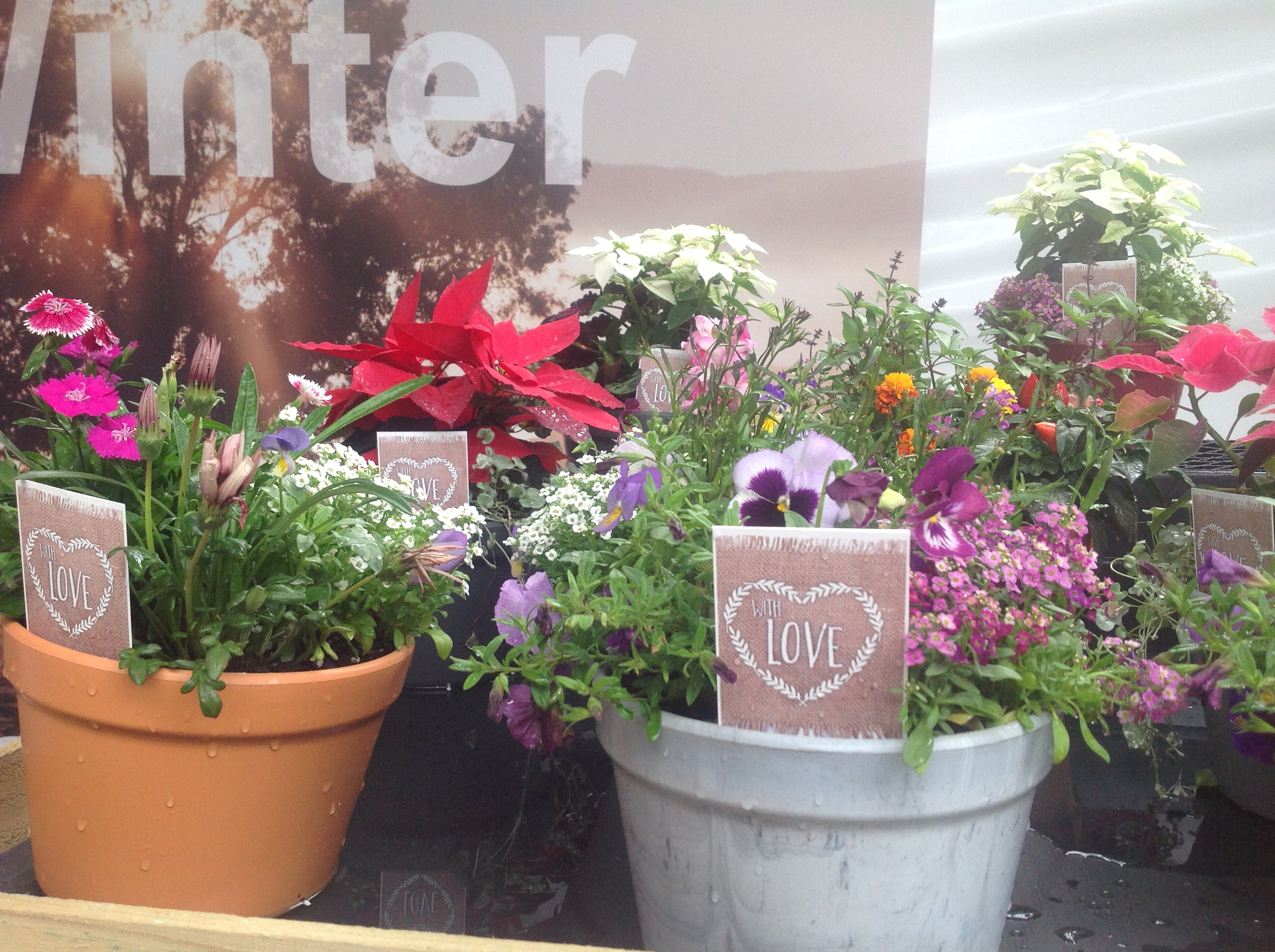 Instant potted gardens are forecast to trend in 2017. These were on display at Oasis Horticulture.

Despite its complex heritage it hasn’t lost its appeal to bees. Much like the common foxgloves in my garden the new digiplexis plants were also buzzing with bees even in the nursery trial beds and pots.

This plant has been many years in development at the UK plant breeding company Thompson and Morgan. It was released to gardeners in the northern hemisphere last year. Australia gardeners have been able to buy it this year with limited numbers of plants available but there will be more around in 2017. 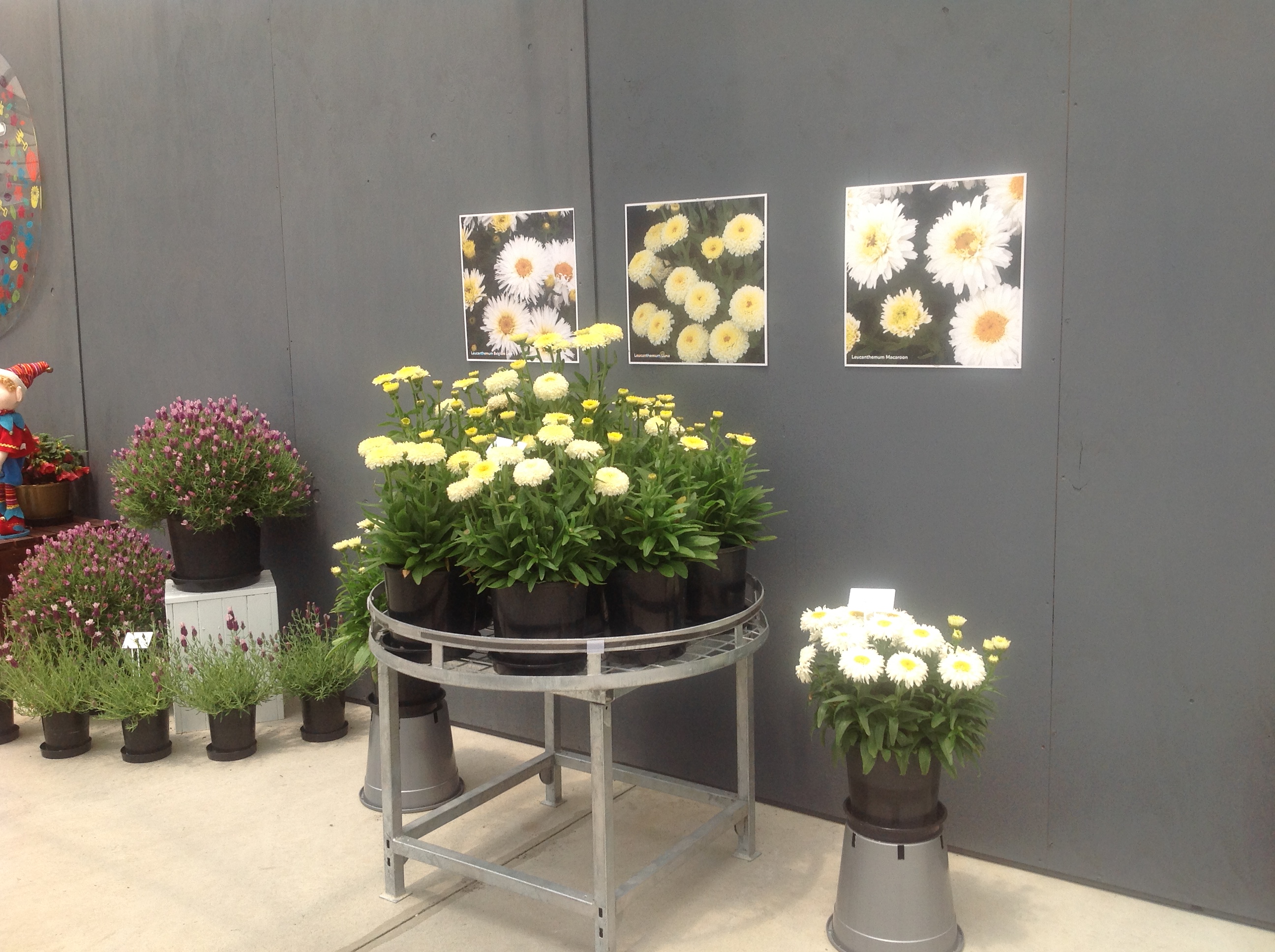 Old-fashioned shasta daisies are back in vogue with exciting new varieties on show at Greenhills Propagation from Touch of Class.

At the Melbourne trials new purple colour variations were on show, which will be available to gardeners in the spring of 2017 from grower Sprint Horticulture.

The following growers were part of the Victorian Horticultural Trials Week: